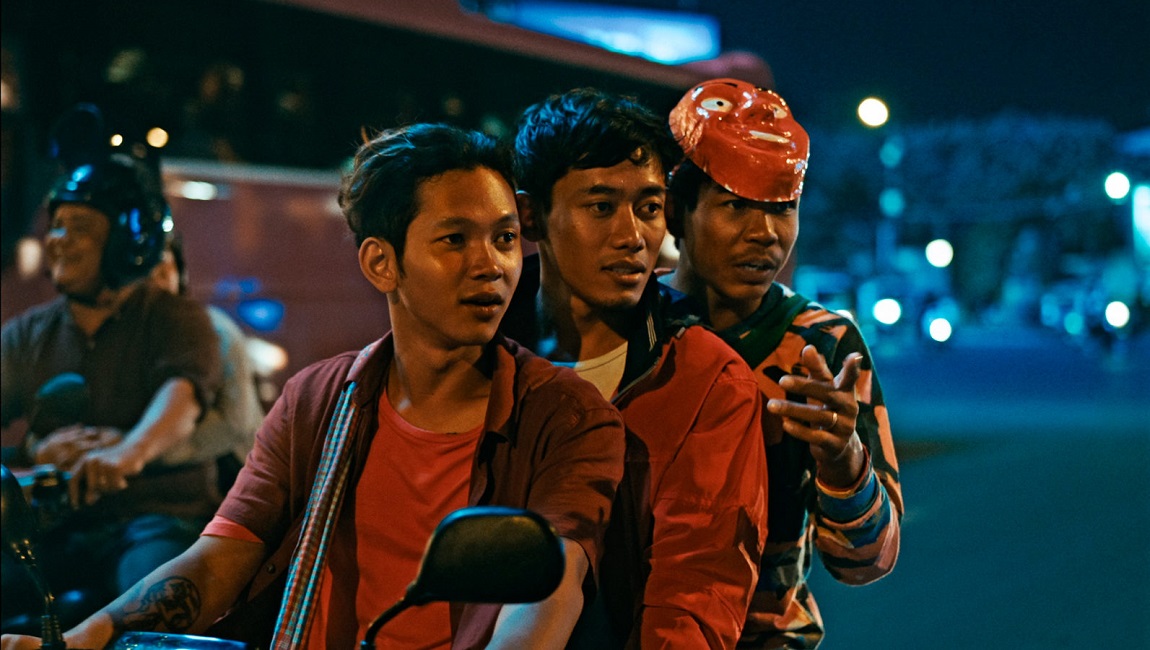 The great Jia Zhangke is listed as a co-producer on Kavich Neang’s new film White Building, a sensitive coming of age story that nonetheless occasionally plays like Jia-lite. Set sometime in the mid-2010s amongst the remains of the very real White Building, a marvel of industrial design erected in 1964 in Phnom Penh, Cambodia, White Building follows the last gasps of a family being forced out of the aged, dilapidated super-structure before its demolition in 2017. It’s a familiar tale of gentrification and urban renewal played out in microcosm, as world-historical forces are located at the center of this familial unit. Nang (Piseth Chhun) is a 20-year-old with dreams of stardom. He goes around the busy capital city on an old scooter with his best friends, trying to pick up girls and performing hip-hop dance routines for disinterested audiences. The boys hustle for money, practicing their moves and daydreaming about performing on Cambodia’s Next Superstar.

In rendering all this, Neang proves to have a nice eye for unfussy naturalism, capturing scenes in unobtrusive long takes bathed in the neon lights of the cityscape. The film opens with an aerial shot of the building from directly above, laid out like a floor plan; it’s mesmerizing, emphasizing the sheer size and scale of the structure, as well as its deteriorating exterior, all crumbling walls and flaking plaster. And young Chhun is a remarkable performer, full of boundless enthusiasm but also in possession of a pensive side — he’s smart enough to know that his fantasy of hitting it big is just that. There’s a lovely dream sequence that places the boys in full costume on an elaborate set as they perform one of their dances, full of reflective surfaces and bright, shining lights that stand in stark contrast to the water-stained ceilings and drab earth tones of Nang’s apartment. Eventually Nang has to tell his friends that he won’t be able to perform with them anymore, as he and his family will soon be moving. Nang’s father, played with taciturn severity by Sithan Hout, is the leader of the building’s tenant association, and is negotiating a real estate firm’s offers to buy out the building’s remaining tenants. It’s a meager offer — as many people complain, there’s no way for them to buy a new home in the city with what they’ll be paid out – and some outright refuse the offer. Hout tells them that eventually they will be forced out altogether and get nothing in return, so it might be better to take any offer at all. Soon, the water is turned off to the building, forcing the hands of even the most stubborn naysayers. Meanwhile, the diabetic Hout visits the doctor to mend a blackened, gangrenous toe, which he is informed is now dead and needs to be amputated, lest the infection spread to the rest of the body. There’s potent, if obvious, visual symbolism here, as Neang cuts from a shot of the toe to shots of mold spreading across the building. But as for the redevelopment of the White Building itself, it’s something of a mixed metaphor. In either case, Hout refuses the doctor’s advice, preferring instead to treat the toe with traditional remedies like honey. For better or worse, he’s stuck in the past.

At only 90 minutes long, White Building could use a little more room to really let its ideas and milieu breathe. It has a fairly standard three-act structure, with Nang’s misadventures occupying the first third, followed by his father’s medical diagnosis, and then a final act that finds the family living in the rural outskirts of the city after finally leaving the building. It feels rushed, with Nang’s mother and older sister both barely making an impression, despite an emotional climax that hinges on the family finally separating and the children going their own ways. Still, despite some quibbles, this is a strong fiction feature debut for Neang, who got his start helming documentary shorts before this. A direct descendant of neo-realism, White Building understands the plight of an increasingly modern world that is constantly leaving its most vulnerable denizens behind. Neang is no Jia, not yet, nor a Tsai Ming-liang, but there remains a lot of talent on display here. 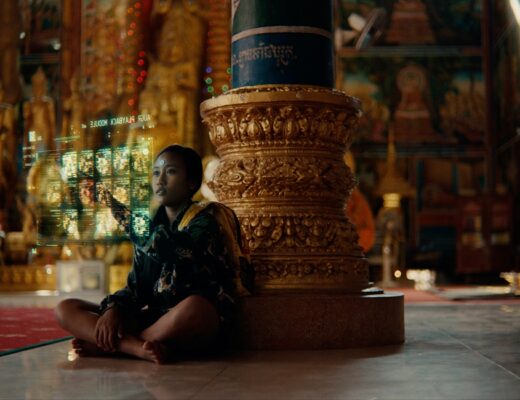 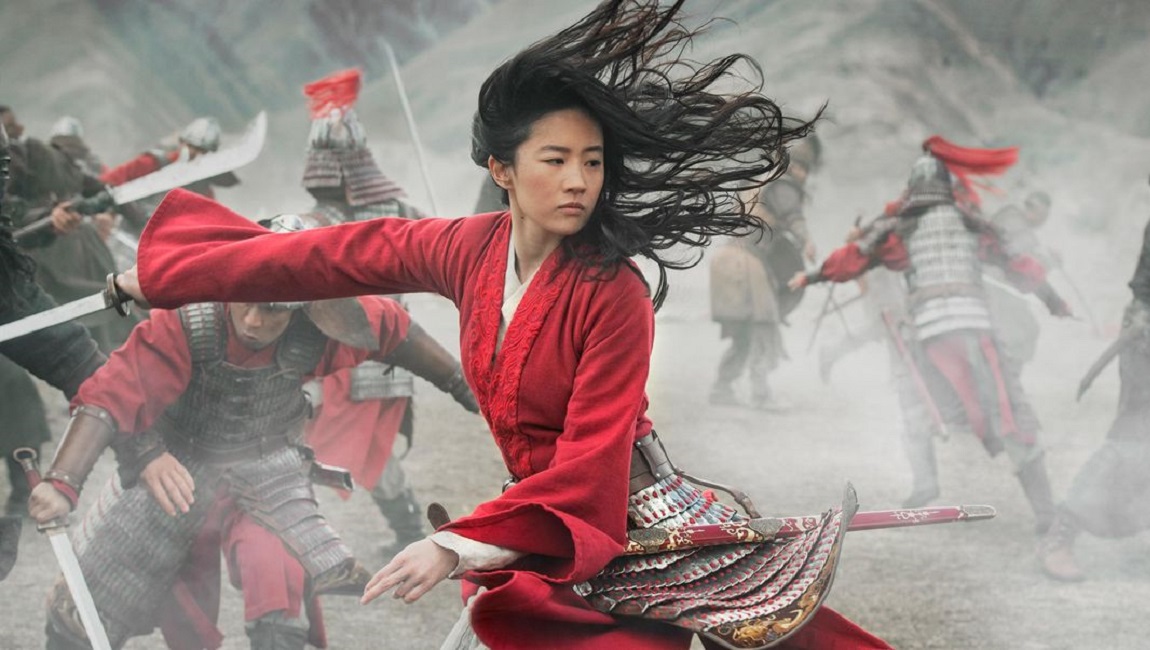 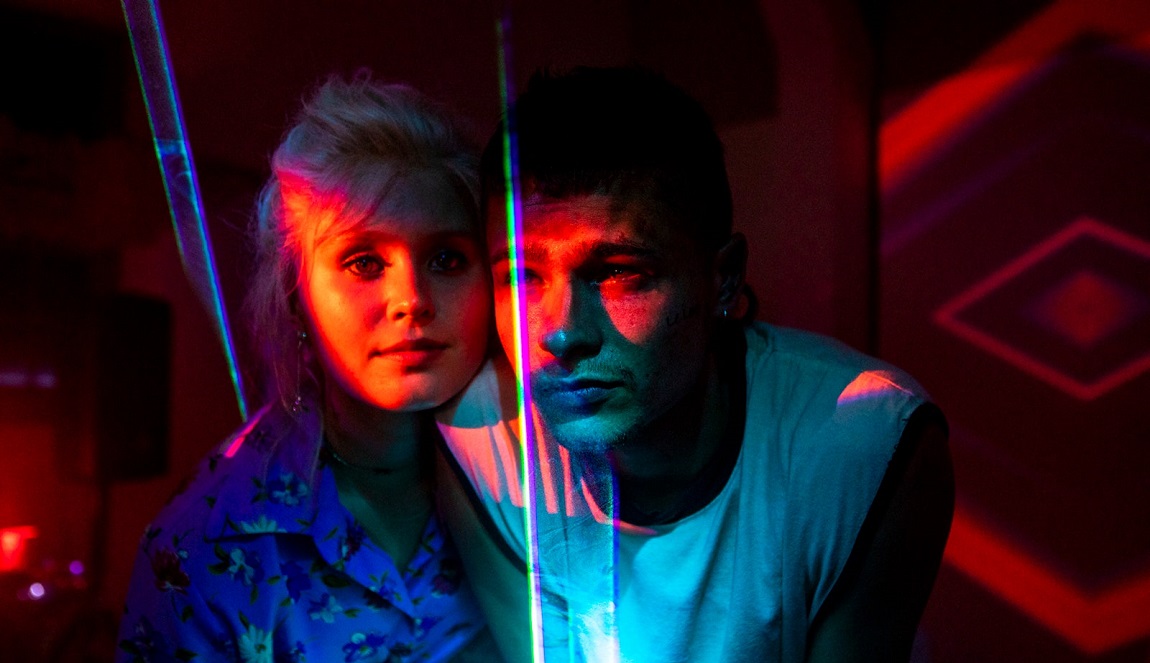 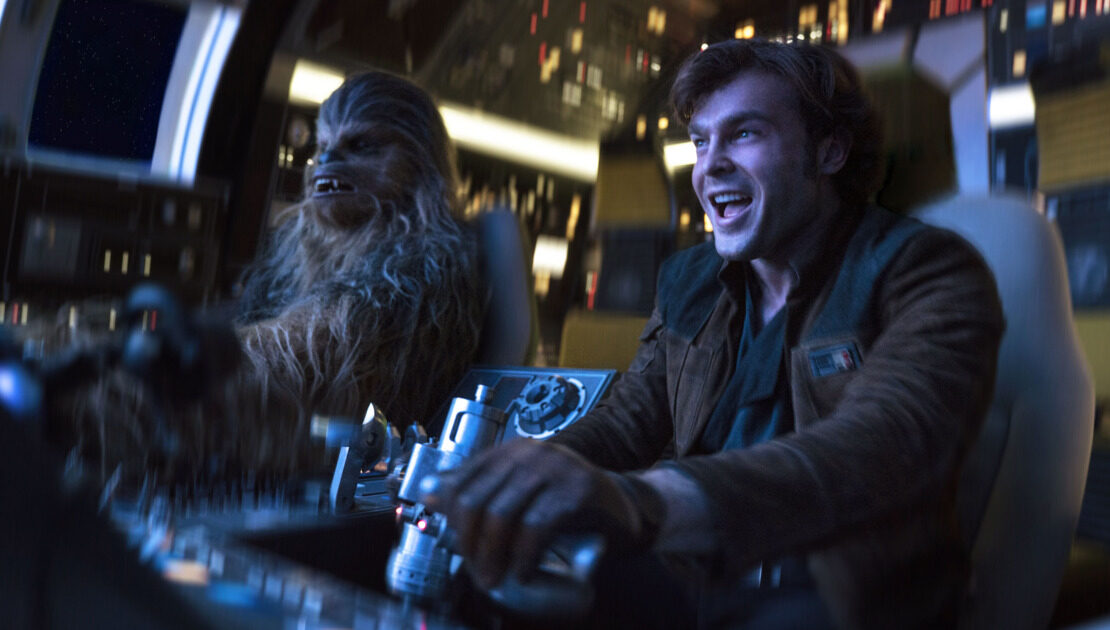 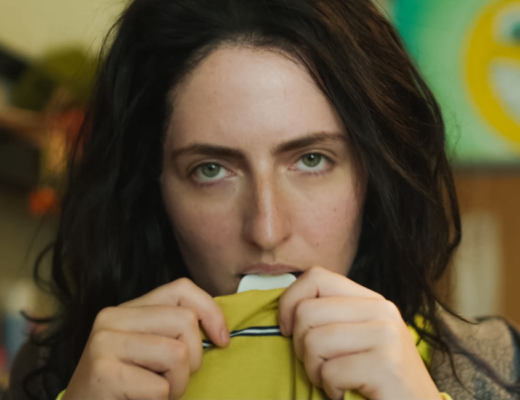